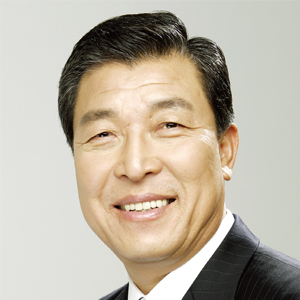 Let me first express my sincere gratitude to everyone for taking the time out of your busy schedule to attend tonight’s event.

Ten days later we will again commemorate the 69th anniversary of the Korean War, and current situation on the Korean Peninsula remains unstable, just like a camouflaged peace but tension, because North Korea continuously objects to denuclearize. Therefore further solid and robust ROK-US alliance is even more critical than ever.

Under such a significant circumstances, I strongly believe that we are very fortunate and it is truly a blessing for Korean people that we are having Ambassador Harry Harris and General Abrams, Commander of ROK-US Combined Forces Command/United States Forces Korea with us who have exceptional leadership and special affection for Korea.

Ambassador Harry Harris served as the Commander of U.S. Pacific Command, which restructured recently as the USINDOPACOM before coming to Seoul as an Ambassador, and he has full Knowledge of the strategic importance of Pacific area, particularly on Korean peninsula and has a clear vision to deter war on the Korean peninsular. So I am confident that he is the most qualified Ambassador to Seoul. I already assured it through the in-depth dialogue with him when I visited to his office when he was the Commander of US Pacific Command and I was the Chairman of the National Defense Committee of the National Assembly then, So I again, would like to commend and pay respect to him.

Also, I would like to recognize General Robert Abrams, Commander of the ROK-US Combined Forces family whole dedication themselves to the peace of the Korean peninsular and give infinite confidence to him and courageous leadership. And I am convinced that he will carry out his important mission successfully with the strongest and utmost ROK-US combined readiness posture.

He is a member of the Abraham’s family whose father, brother and himself have contributed to the peace of the Korean Peninsula with deep affection for Republic of Korea, so the US military is very much proud of him.

General Choi, Byung Hyuk, Deputy Commander of ROK-US Combined Forces Command, served as the commanders of elite Division and the Corps of ROK Army. As he graduated from U.S. Army War College, Carlile Barracks Pennsylvania, and served the key post at the ROK-US Combined Forces Command, he is known as the best expert on combined operation. I am confident General Choi and General Abrams will make a perfect duo in making and demonstrating the vigilant and unbeatable combined readiness posture.

There is an old saying in Korea, “No single weak subordinate can be under brave General” like in English “A good general will make good men.” I am certain that ROK-US combined warriors are truly the strongest one in the world trained under and by the exceptional leadership of Ambassador Harry Harris and General Abrams, who are part of this historic legacy and tradition of the ROK-US alliance.

Ladies and gentlemen, At this juncture Why don’t we give them the warmest round of applause.

Tonight, we are gathered here to strengthen our alliance and our friendship. At this meaningful opportunity, let us promise each other to do our best to promote the robust ROK-US alliance and friendship. And please enjoy the meal, the performance, and let’s heat friendship up.

Before concluding my speech, I would like to recognize preparation committee chairman Chung Eui Sung’s devoted efforts, and special thanks to the members of Korea America Friendship Society and everyone who actively sponsored for tonight’s event.

Ladies and gentlemen, may I solicit your warmest round of applause to chairman Jung and all the sponsors to express our appreciation, and again to cheer up USFK warriors. 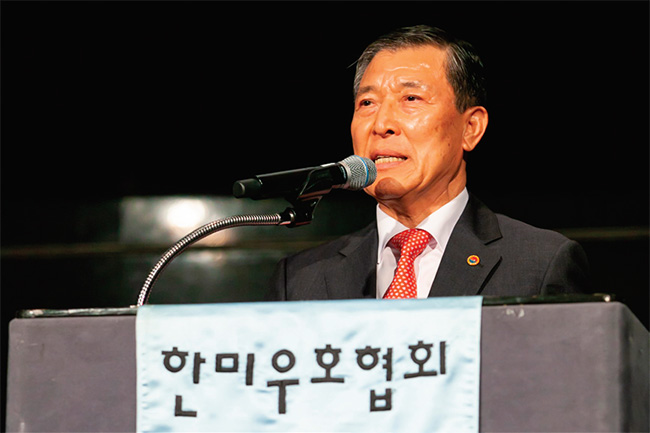 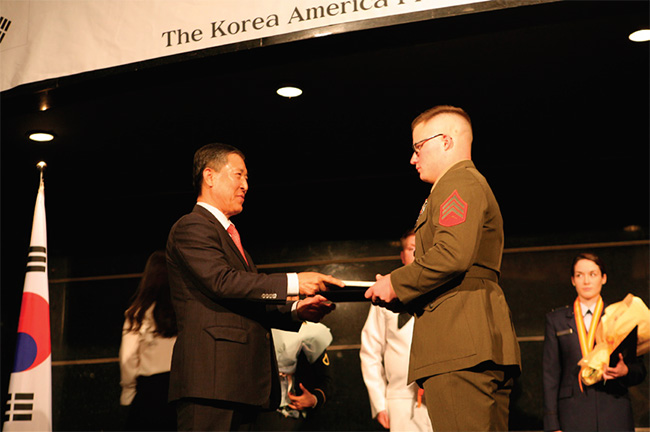